How to Sew Darts Without Dimples 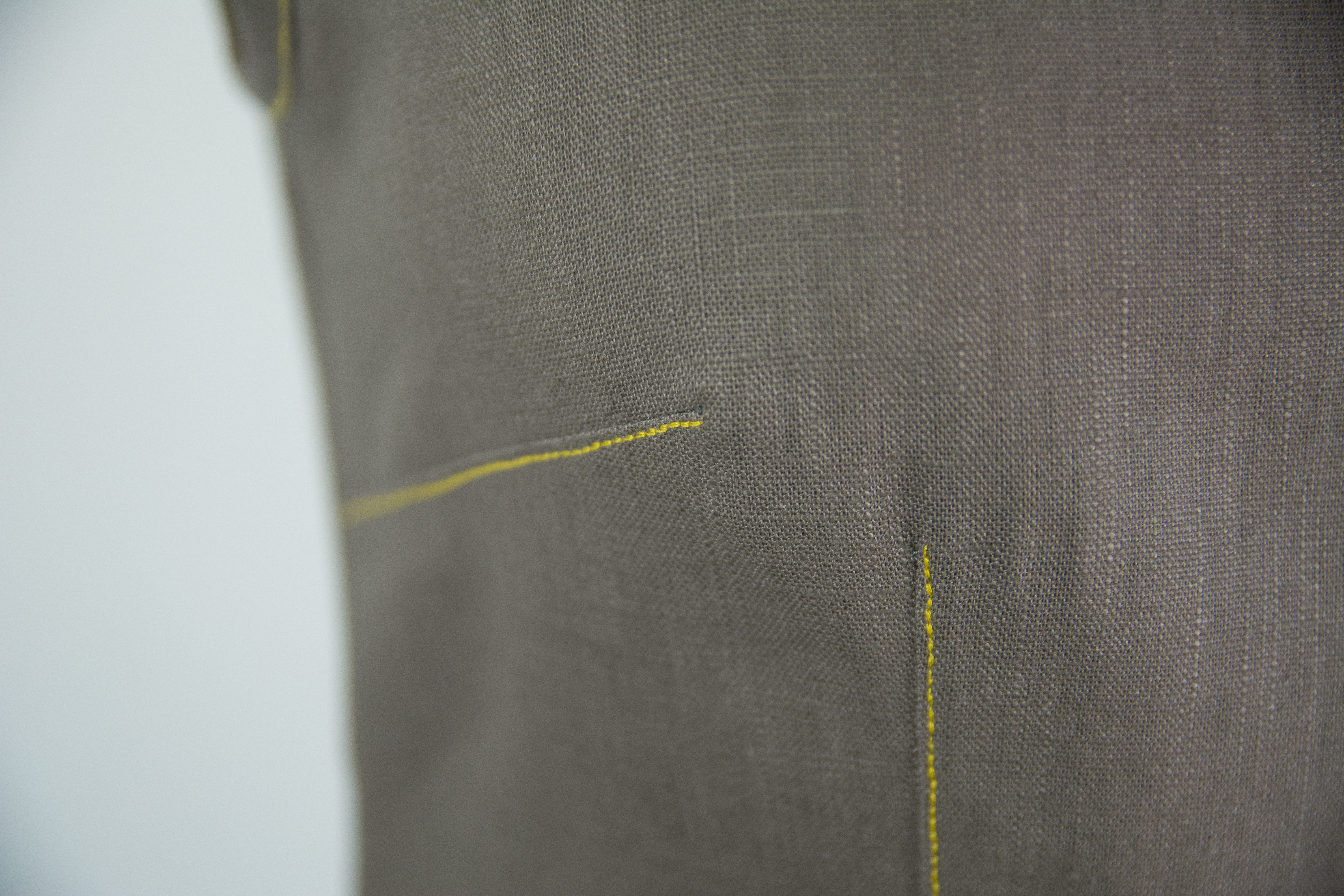 Darts are one of the things that I’m asked about frequently when I’m teaching dressmaking. How to mark them, sew them and how to avoid getting that little dimple at the end are the most common questions.

So let me explain….

What are darts? and what do they do?

Darts will reduce the fabric from the apex of a curve to the outer edge or in the case of a fishtail or asymmetric darts to an area of ‘fit’. So basically creating shape over your curved bits – bust, buttocks, belly and shoulder blades – those areas really.

In flat pattern terms a dart does the same job as a split in a flat piece of paper which when overlapped pushes the centre of the paper up to create a three-dimensional shape.

Cutting through the paper allows the “dart” to be removed.

The dart is folded outfit decreases the outer edge causing the middle to lift.

Most darts will be marked on the pattern as straight lines.

However, our bodies are not made up of straight lines. We are a series of curves, some more than most but we are all most definitely not Lego people or Madonna with pointy boobs!

This means that the darts we need should follow the curves of the body. I will explain further once we’ve looked at how to mark out the darts.

How to Mark Darts

Transferring the dart markings from pattern to fabric can be done in a whole host of different ways. Many people like tailors tacks and admittedly they do have their place in some sewing projects, but coming from industry and being used to speedier sewing techniques I prefer the double pin method.

Another handy tip is to mark the end of the dart 1cm back from the point of the dart before you mark the dart onto the fabric. You’ll see the reason when we come to sew the dart.

Snip the ends of the legs of the dart as they sit on the edge of the garment.

Poke a pin through the end of the dart (the new one, 1cm back from the original point) and then flip over the fabric and pattern.

Where you can see the pin is poking out from the underneath layer push another back through.

You can use this method to mark any type of dart, but just be careful the pins don’t fall out before you’ve pinned the dart in place!

How To Pin Darts

Pinch the fabric together creating a small pleat and match up the small snips at the edge of the fabric and pin vertically in together.

Follow the crease of the pleat until you reach the marker pin. Then remove and replace that pin vertically where it came out.

You can draw in the dart line if you choose with a fabric pen or tailors chalk.

Another handy hint is to use the tail of the starting threads to pull around and use as a guide once you’ve sewn a couple of stitches.

How To Sew Darts

Starting at the edge of the fabric sew in towards the point of the dart. Now going back to what we mentioned earlier about the darts following the contours of the body, this now means that the dart we sew will be slightly curved and NOT a straight line. Admittedly it is subtle but it will make a difference to how the dart sits and fits over the body.

And marking the end of the dart 1cm back from the point also allows us to curve or “stitch into the dart” by extending the stitching line almost parallel to the edge of the fabric.

This reduces the angle that the sewing line hits the folded edge of the dart and means the end of dart will lay flat and not dimple. My old needlework teacher used to say “think hill not mountain”!

When you get to the end of the dart you can either run a few stitches off the fabric and then knot the ends – great for lightweight fabrics.

Or personally I prefer to drop the needle down, pivot the fabric around and sew back into the dart. This is quick and easy and won’t bulk out the end of the stitching too much.

Sewing a slightly curved off dart is just one of those things to practice. It is a good opportunity to get some scraps out and sew a dozen to get the hang of it. It’s like anything – the more you do the better you’ll get.

How To Press a Dart

First of all it’s best to ‘set the stitches’ this just means pressing the dart as you’ve stitched it, so the stitches are pressed into the fabric and ‘set’. Do this from both sides of the dart.

Then press the dart from the right side over a tailor’s ham or if you don’t have one of those a tightly rolled towel will do.

Pressing carefully will help to eliminate those pesky dimples at the ends of the darts as well.

This method of marking, sewing and pressing darts is certainly not the only way to do it, but I know it does give good results and sewing good darts is definitely worth getting right. It will give a much more professional look to your finished garments.

Interested in finding out more about darts? Join the Sewing Studio today and explore the ‘Techniques and Skills Section’.

Nine Reasons To Take Part In a Sewing Workshop