After the shoulders I worked on the neckband as it is far easier to prep and press the neckband without the sleeves and side seams sewn.

Normally I would just pin and just go for it on the overlocker, but this time it needs a bit more consideration. So I used the pattern to decide the neckband length and basted it into the neckline. I could see straight away that it was too long as the inside edge of the neckband was a bit wavy.  You can check this by giving it a bit of a steam on the ironing board and checking to make sure the neckband is sitting nice and flat. 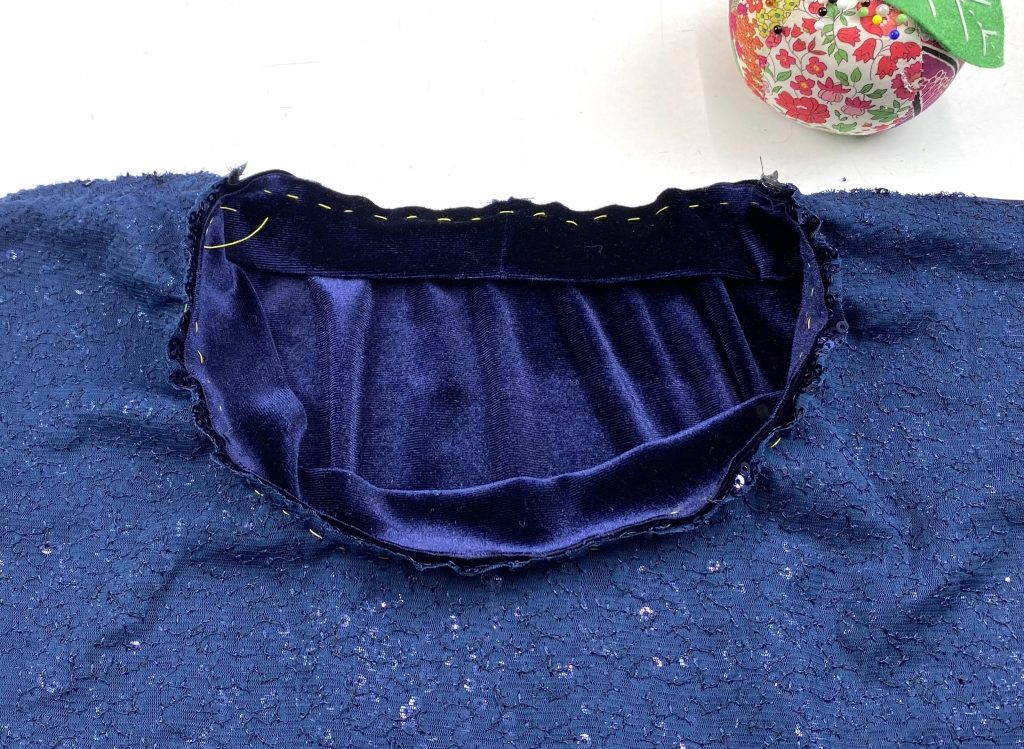 So I took it out,  shortened the neckband and then reinserted it into the neckline. Be prepared to do this a couple of times to make sure you are not taking off too much in one go. Luckily it worked the second time. I took my time sewing it on the sewing machine using a walking foot.

Once attached the seam allowances were rather bulky, especially around the back neck as there were three layers of velour. Trimming and layering the seam allowance is the answer. Take the sequins down by the largest amount and graduate the others. I made sure to leave the top seam allowance the longest so it would cover and neaten the seam. 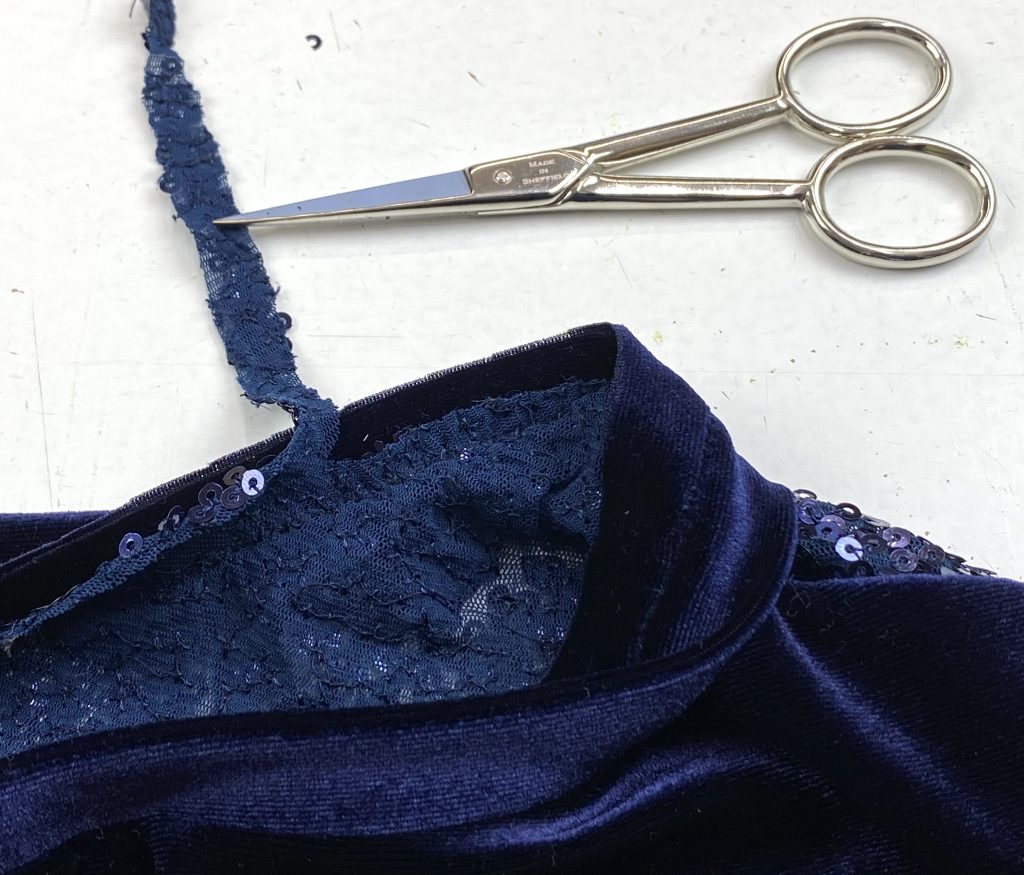 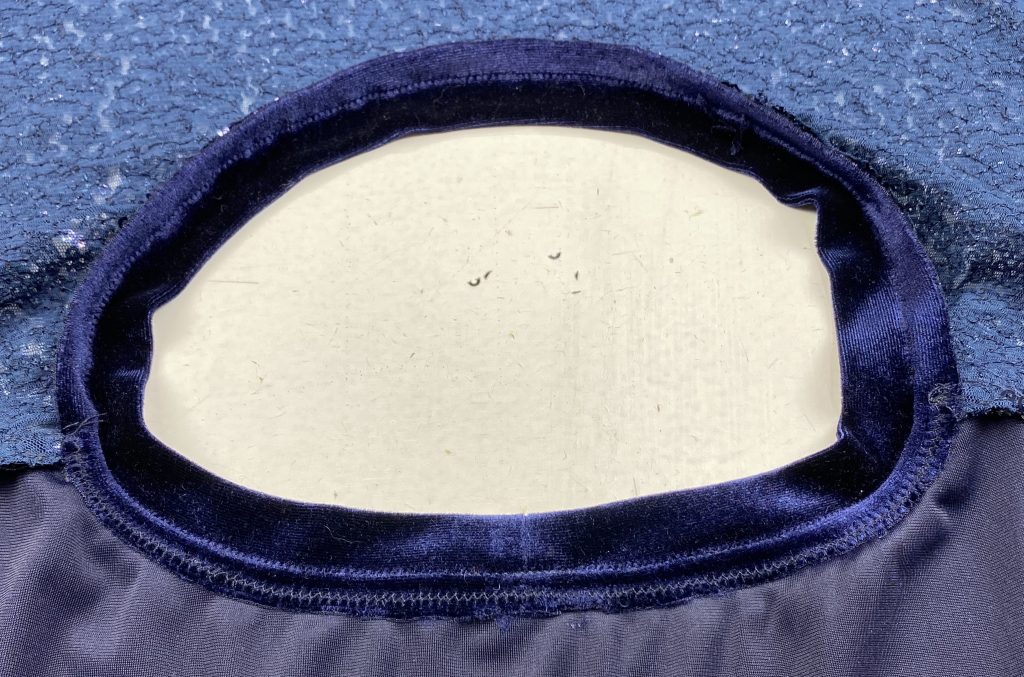 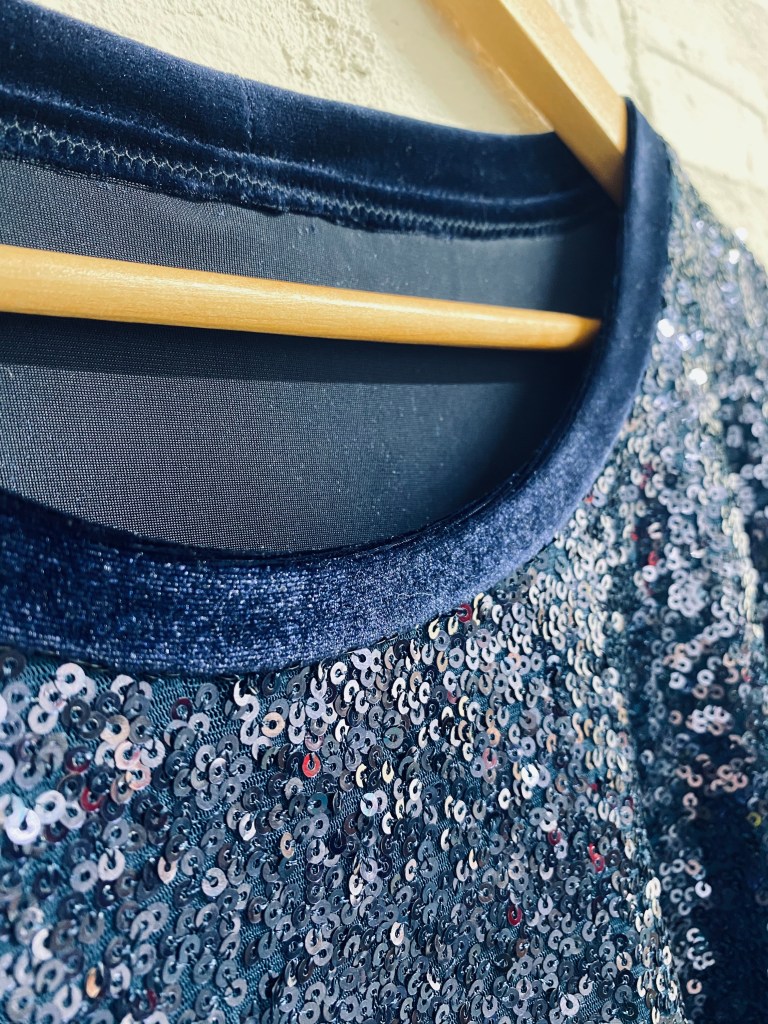